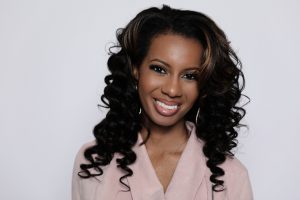 Cheril N. Clarke, author of Keesha & Her Two Moms Go Swimming, Keesha’s South African Adventure and The Lopez Family: Science Fair Day, has been a writer and publisher since she was 19 years old. She is the author of five novels, including Intimate Chaos, Tainted Destiny, and Losing Control. She has penned three stageplays, several vignettes and one non-fiction ebook entitled Love and Marriage: The Gay and Lesbian Guide to Dating and Romance. Clarke’s theatrical adaptation of her third novel, Intimate Chaos, has been successfully mounted in Bordentown, NJ, Plainfield, NJ and twice in Philadelphia, PA (the second as a feature of the Philly Urban Theatre Festival). Intimate Chaos was most recently translated to Spanish for production in Puerto Rico where it was nominated for best play in el Festival del Tercer Amor (2011) and Asylum was a featured production of the 2012 Downtown Urban Theater Festival at which it took home the Audience Award and was runner-up for best play. Asylum recently made its Philadelphia stage debut where it premiered to sold-out audiences at The Stagecrafters Theater in Chestnut Hill. Clarke has been featured in Curve Magazine, the nation’s best selling lesbian magazine, About.com, The Princeton Packet, Philadelphia Gay News, Out IN Jersey, Burlington County Times, Phillyburbs.com, 247gay.com, and Crain’s New York Business newspaper. More about her works can be found on her official websites: cherilnclarke.com, phillyspeechwriter.com, intimatechaostheplay.com and asylumtheplay.com. She resides in southern New Jersey with her wife, Monica Bey-Clarke, who is also her business partner (and co-author) for the My Family! Products publishing company.